Bridge users regularly slip when surveying older bridges. It is only their agility which saves the day

The introduction of grooving was a great help

Clearly grooves are only effective if they are not over laid with litter,

As anti slip treatments became available the question of the most effective use of it arose. In the first instance the material was spread across the entire surface and before it cured aggregate was sprinkled onto it.

Handling the treatments requires care and knowledge. The work was often given to unsuitable Contractors and the results described below are only some of the unsatisfactory outcomes observed.

The preparation was often ignored and poor adhesion resulted.

Some attempts to retro apply the process to existing bridges ended in tears as dampness and a patina of grot lead to poor adhesion.

An excellent product, with superb adhesion, was quickly withdrawn when it was found to be carcinogenic.

For a little while pre-cast strips were attached to decks. This was not without its problems. The first technique was to bond the strips into recesses cut in the deck surface. These looked very attractive but as the deck board shrank, along its length, as it weathered, the strip did not and bowed upwards creating a trip.

Nailing was a disaster. The material is brittle when cold and it either cracked or shattered. Screws fared a little better, provided a clearance hole was drilled in the strip and the screws used were resistant to weathering. As head rusted away the strips came off.

Pouring the resin into prepared grooves in deck board surfaces is highly labour intensive but provides the best results and is now the industry standard. 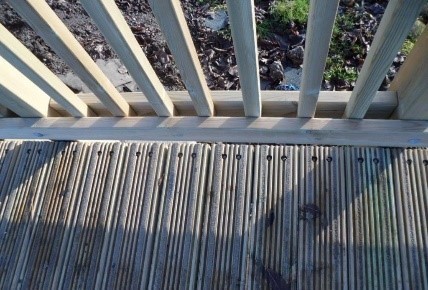 There are standards to be met and these have to be externally verified by independent assessors.

Virtually all bridges made by reputable manufacturers now have an anti-slip treatment as standard. 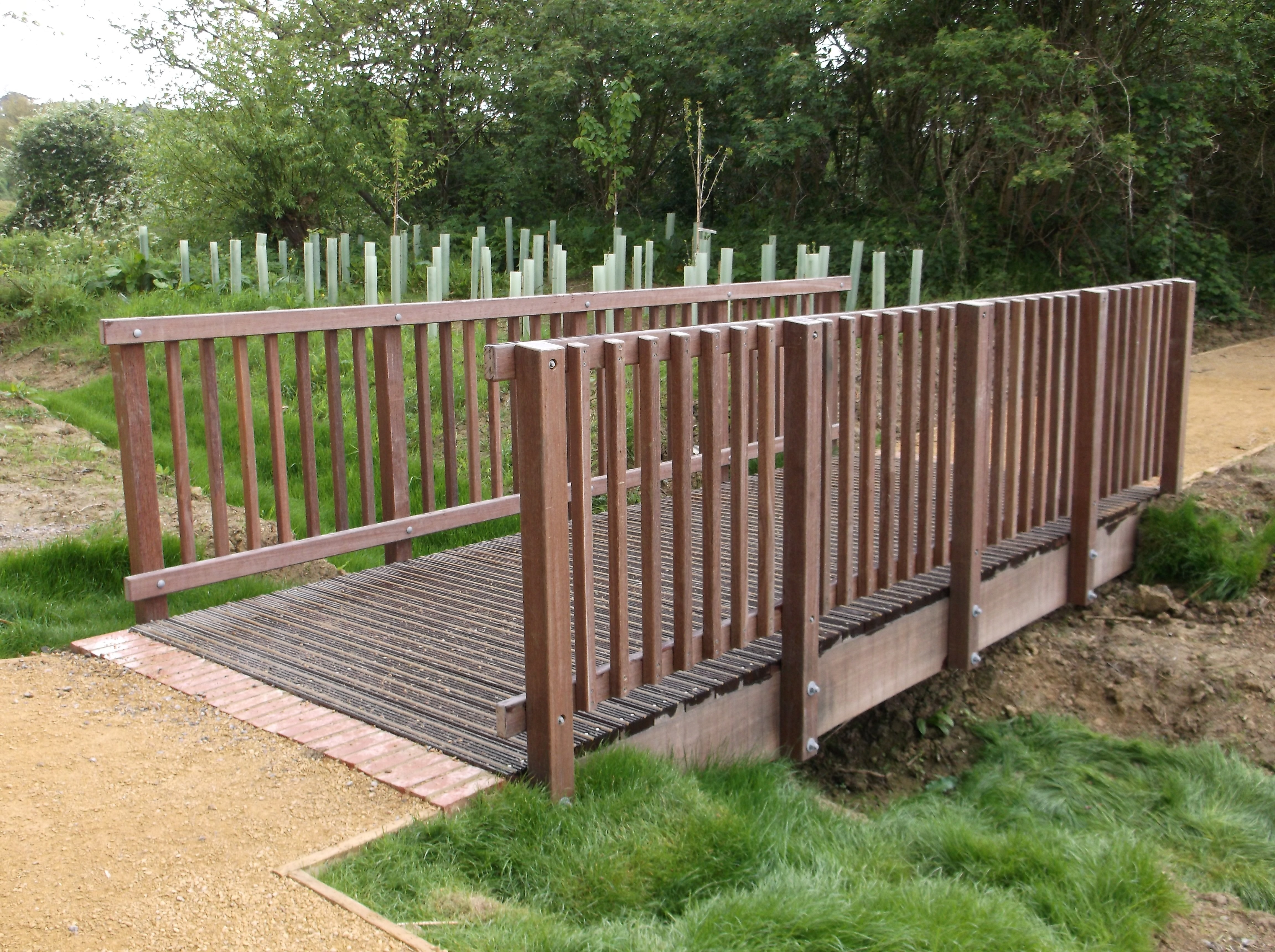 It is equally a standard for Disabled Access Ramps

Even Cattle Grids are now being anti-slipped to increase traction for cyclists.

It is now possible to have the deck boards of an existing bridge removed, dried, reversed and have new grooves cut in the back, have anti slip treatment applied and be re installed. This supplier is now becoming a force in the land